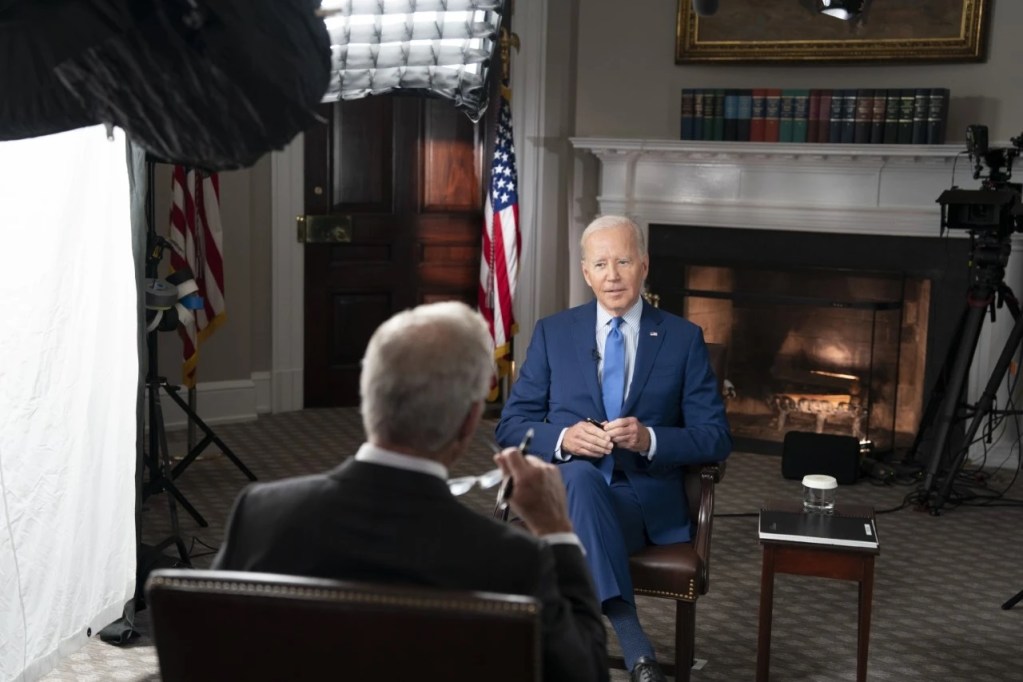 Last Thursday, the same day 60 Minutes spoke to President Joe Biden, Vladimir Putin met with China’s leader, Xi Jinping. There’s concern that Russia’s war in Ukraine could inspire China to attack the island of Taiwan. U.S. policy since 1979 has been to recognize Taiwan as part of China, but remain silent on whether the U.S. military would defend the democratic government there. 60 Minutes correspondent Scott Pelley asked Mr. Biden about that.

“What should Chinese President Xi know about your commitment to Taiwan?” Pelley asked the president.

“We agree with what we signed onto a long time ago,” the president said. “And that there’s one China policy, and Taiwan makes their own judgments about their independence. We are not moving– we’re not encouraging their being independent. We’re not– that– that’s their decision.”

“But would U.S. forces defend the island?” Pelley asked.

“Yes, if in fact there was an unprecedented attack,” Mr. Biden said.

“So unlike Ukraine, to be clear, sir,” Pelley said, “U.S. forces, U.S. men and women would defend Taiwan in the event of a Chinese invasion?”

After the interview, a White House official said U.S. policy on Taiwan has not changed. Officially, the U.S. maintains “strategic ambiguity” on whether American forces would defend Taiwan, but the Taiwan Relations Act obligates the U.S. to help equip Taiwan to defend itself.

That’s what happened earlier this month when the State Department announced a $1.1 billion sale of military equipment to the island democracy.

“This package was in the works for some time precisely because we expected it would be needed as China increased its pressure on Taiwan,” State Department Spokesperson Vedant Patel said about the sale in a September 6 press briefing. “We have and we will continue to be responsible, steady, and resolute and keep our lines of communication open with Beijing, but also continue to support Taiwan in consistent– in ways that are consistent with our policy.”

In a series of tweets, Chinese Embassy spokesperson Liu Pengyu said the deal “sends wrong signals to ‘Taiwan independence’ separatist forces, and severely jeopardizes China-US relations and peace and stability across the Taiwan Strait. China is firmly opposed to this.”